The Trouble With Denominations 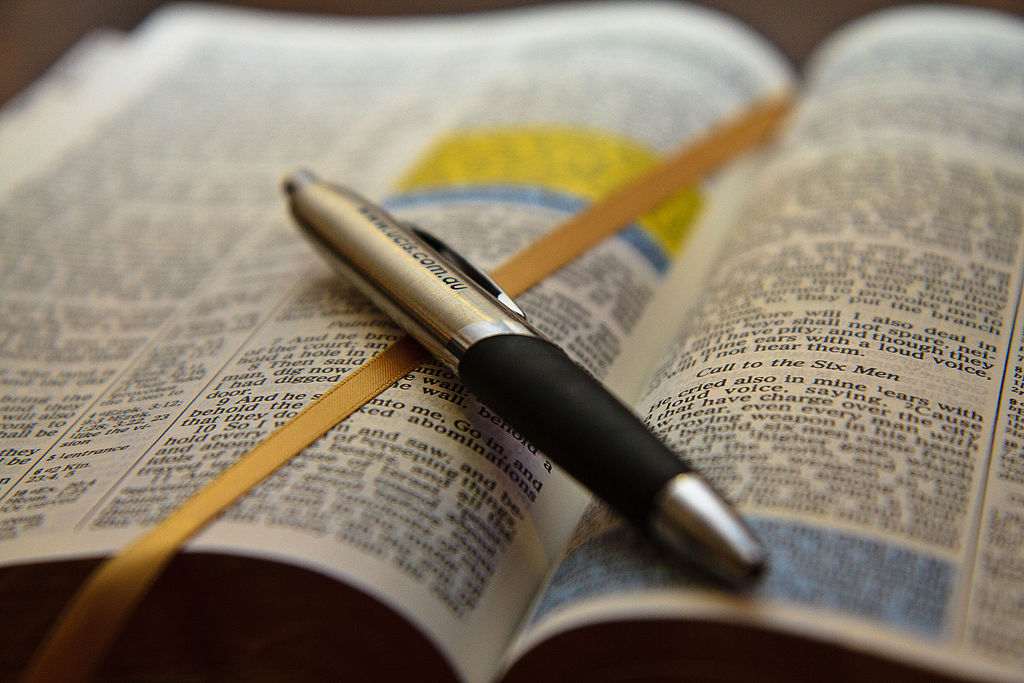 I remember hearing about a Sunday morning Bible class being conducted in an old, country church building many years ago. The teacher had been methodically moving through the text of a New Testament book, when a question came up about why the church of Christ did not imitate some particular worship practice commonly used in most of the denominational churches around them. The teacher carefully pointed out several passages which set forth God’s will in the matter, including the simple directions on how God is to be worshipped. He showed that these passages authorize a particular way, the way that God approves. He reminded the class that the Bible teaches the necessity of having scriptural authority for what we do in religion: “And whatsoever ye do, in word or in deed, do all in the name of the Lord Jesus, giving thanks to God the Father through him,” (Col. 3:17). He reminded them of what we know as God’s Law of Exclusion: when God authorizes one particular way, all other alternatives are ruled out.

After about 30 minutes of careful, biblical explanation, the teacher asked if someone in the class could sum up the matter. An older gentleman, a member of the Lord’s church for many years, raised his hand. The teacher said, ”Yes, brother Smith, tell us in a nutshell why we cannot imitate that denominational practice.” Brother Smith succinctly responded with a slow, country drawl, “They’s no Bible fir it.”

And that’s the trouble with a denomination, they’s no Bible fir it. There is absolutely no scriptural authority to begin, maintain, or to support man-made religious institutions in place of the Lord’s church. In his clear, brief reply, the old man uttered a profound truth, which we need to keep firmly in mind. God has given directions for his way. If we truly love him, we will follow it. As Jesus plainly taught, “If ye love me, ye will keep my commandments,” (Jn. 14:15).

The temptation to run after our own ways is strong. At first glance, there appear to be many great ideas being invented and practiced by the various churches of men. They seem to have such great mission boards, dynamic worship, and innovative programs of benevolence. But, upon closer examination, these innovations often fall flat. Over time, we discover that the converts are not so much converted to Christ, as they are following a man-made institution, a “social club” of sorts. They are following their own ways, they are doing what they want to, what pleases them, they are pursuing the will of man, and not of God.

Some of these denominations have gotten quite old, and have been around for so long they appear to be legitimate churches. Although most “mainstream” American denominations are now losing members, they hold on to their stately buildings, their ornate chapels and their costly grounds, paid for by huge endowments of days gone by. They dominate communities and seem to say, “Look, we are the oldest church in town. We have been here nearly 200 years!” But none of them dates back to the first century, when the Lord’s church was established. And none of them will endure the Day of Judgment, because they have long ago abandoned the purity of the Lord’s way.

And when some honest soul truly decides to turn to God, to come to Jesus Christ at a time of spiritual reckoning, these denominations show their worst habit of all. They so thoroughly confuse the honest seeker of truth, that obedience to the gospel becomes almost impossible. They each present themselves as the proper alternative, the correct choice. Yet, they all contradict one another and themselves.            What’s wrong with a man-made church? The same thing that is wrong with every other error, “They’s no Bible fir it!”