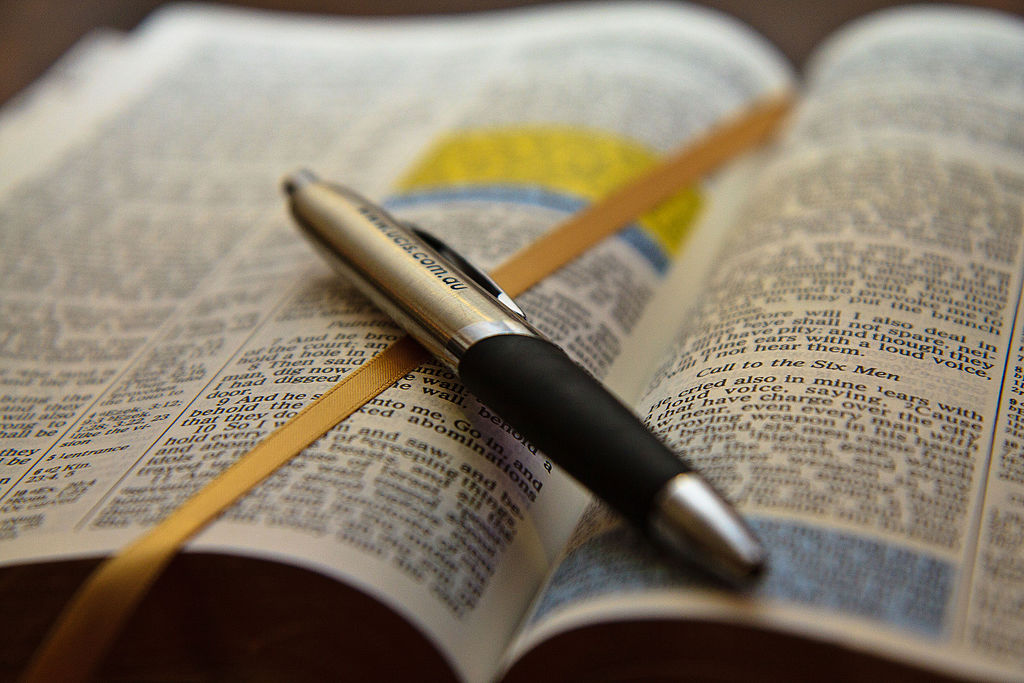 Within the brotherhood of believers around the world, there is a group which sets itself apart.

Depending on the extent of their extremism, they may or may not consider themselves to be in

fellowship with the rest of the church. Tragically, their peculiar position on the Lord’s Supper

fellowship with Christians with whom they disagree. Their position on this subject creates a wall

of exclusion from their brethren, whom they may not even recognize as such. They are the “One-

Few in number, they typically grow, if at all, by proselytizing members from other

congregations around them. If they can find a new member, or some weaker Christians who are

not informed on this issue, they may convince them to come over to their assembly, and they will

eventually take them in. Like other “anti-” extremists, they usually do not convert and retain

many from the world, but rather they take over congregations built up by the hard work and

efforts of others. They may work secretively, without the consent of leadership.

“One-Cuppers” make the mistake of binding where the Bible does not bind. They take matters

of expediency, convert them into matters of doctrine, and insist that these can only be done their

when in reality, it is often a reference to the precious contents, and what it represents. If I drink

a “cup” of coffee, I do not drink the container, but its contents. Indeed, all agree that there is only

one “cup” — but that cup can be distributed in multiple containers.

tearing off a piece of the loaf of bread, when in reality this is sometimes simply an expression

for eating. When a person “breaks bread,” he eats. When Christians “break bread” together, they

any particular instance of “breaking bread” refers to the Lord’s Supper or a common meal. We

must avoid reading too much into the phrase in order to support a hobby.

For example, in Acts 20:7, it is clear that this is a reference to partaking of the Lord’s supper,

assembled, or “gathered together,” and here Paul used the assembly as an opportunity to preach

to the church. In verse 11 of that chapter, after the raising of Eutychus, it is said that Paul departed

after he “had broken the bread.” This would be a very strange statement if the expression here

referred merely to a common meal.

It is a mistake to bind incidental customs of that day, which were naturally observed in the

performance of Christian worship. When Jesus instituted the observance of the Lord’s Supper, it

was done during their customary observance of the Passover. But the Passover was strictly part

of the Mosaic Age, and its unique provisions and features have passed away. Jesus instituted the

Lord’s Supper in a “large upper room furnished,” (Lk. 22:12) but this was incidental to the Lord’s

Supper itself. Today, it would be wrong to insist that Christians must meet in a “large upper

room” when they observe the Lord’s Supper. When the church in Troas partook of the Lord’s

Supper, there were “many lights” in the upper chamber where they were gathered together. But

today? These incidental features are clearly secondary to the purpose for the Supper. They are

collateral details supplied for accuracy and edification, but are not binding in the observance

The number of containers is not bound, but is a matter of expediency. The contents of the

container is one. The number of pieces of literal bread is incidental. When we eat that bread, we

are partaking of the one body. “The cup of blessing which we bless, is it not a communion of the

blood of Christ? The bread which we break, is it not a communion of the body of Christ,” (1 Cor.

10:15)? Whether we partake in Jerusalem, or Troas, or Corinth, or in West Virginia, we partake

of that one cup—regardless of how many containers are utilized.